Three weeks ago I was at my bank sending a wire when the banker found out I was from Richfield. He told me he lived in Richfield for a while. Surprised, I asked how he ended up living in Richfield and he told me he was there living in a boy’s home for a few years.

I had known about the boy’s homes in the area and had previously thought they were only for kids who had gotten in trouble. I made a joke, (a bad one) about what he could have possibly done to get sent to a boy’s home.

It turns out he never got in trouble…not really.

He goes on to tell me that when he was young his parents got sent to jail. Him and his brother moved in with their 80-year-old Grandmother. One Christmas his mother promised them that a box of toys and gifts would be coming in the mail for Christmas. By Christmas day the box had not arrived. His Grandmother had not bought them anything, but they were not discouraged. They figured it just got caught in the mail and would be there soon. The day before school was to start his mother’s package had not come.

He and his brother were so embarrassed that they hadn’t receive at least one new Christmas sweater that they didn’t want to go to school and have any of their friends ask them what they received for Christmas. They decided the best thing to do was skip school until their mother’s Christmas box arrived.

After about a week of not going to school the Division of Child and Family Services showed up and they were removed from their Grandmother’s home. The Utah Foster Care System was full at the time and had no place for them. They were sent to live at a boy’s home near Richfield. Despite this boy’s home being rough (as most of the kids there had gotten in major trouble) he went on to tell me how great of a time he had living there and how he wouldn’t be the man he is today without that experience.

His story affected me and stuck with me the past few weeks, partly because I felt terrible about the bad joke I made and partly because no child should have to go through Christmas without a single gift. I wanted to do something to help foster children, so I called The Christmas Box House, a non-profit organization, that serves children in the foster care system and operates an emergency children’s shelter and asked them what I could do to help. They sent me an urgent needs list. I accepted this list as a challenge and decided to donate $100 worth of goods for every item on their urgent needs list. If you would like to donate here is a current list of they need:

https://youtu.be/ki7dEp2skEc   Our President and CEO was able to sit down for a social distanced interview with Make-A-Wish Utah CDO Daniel... read more 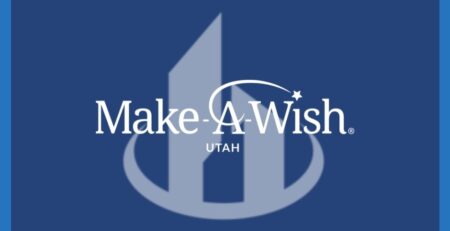 The Hope of a Wish- 2021 Make a Wish Utah Partnership

Charity has always been important to me. I have always believed that I was put on earth for a... read more 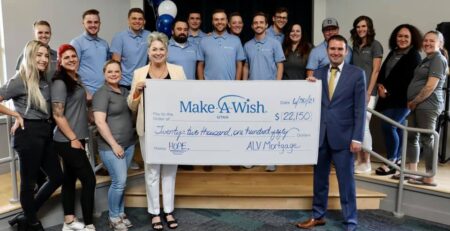 Exciting News! ALV Mortgage was featured in Nugent Magazine for our partnership with Make-A-Wish Utah Check out the article here: https://nugentgoodnews.com/utah-business-raising-100000.../ If... read more 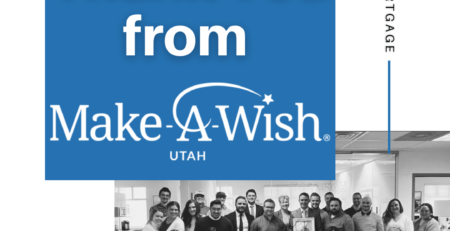 A Thank You from Make-A-Wish Utah

You may have heard that ALV Mortgage has partnered with Make-A-Wish Utah to help raise $100,000 this year for wish kids in Utah.  I'm happy to... read more