admin2018-03-22T16:25:38+00:00
As the Donna Summer’s song goes, “She works hard for the money.” We want to help you put that money to work for you by exploring the advantages of a cash out refinance on your home. A cash-out refinance may be the key for opening financial doors for you and your family. We have assisted hundreds of clients in putting their equity to work in many ways, including: 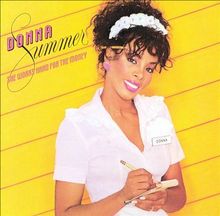 I recently closed a loan for a family who had gotten in trouble with their credit cards. The husband had gone on a little shopping spree and neglected to tell his wife that he had opened a few credit cards without her knowledge. Upon the loan application, imagine her shock learning that there was more debt than what she was aware of! This family was in a FHA loan and paying high FHA Mortgage Insurance. Their home had appreciated an astounding $100,000 in the 5 years they had lived here. We decided to complete a cash out refinance and ended up helping them pay off $32,000 in credit cards. We refinanced into a Conventional Loan and removed the FHA Mortgage Insurance. Because we did raise the loan amount, their monthly payment increased, but only by an additional $172 per month. By paying off the $32,000 in credit cards, they saved $1,238 per month in credit card payments. This cash out refinance gave them the freedom they sought by alleviating the heavy debt burden they had been carrying. A family who owned a three-bedroom home with an unfinished basement initially bought the home with two kids, which fit them perfectly. After having their family grow by an additional two kids, they had become completely crammed. We completed a $24,000 cash out refinance, which afforded them the ability to finish their basement, as well as add two additional bedrooms, a bathroom, and a TV room for the kids to do exactly as they pleased with plenty of space to run around. One of our clients, who is a mechanic, had worked for years at large dealerships fixing cars. He decided he was ready to work for himself, so he came to us to complete a cash out refinance for $40,000, which gave him enough to open his dream garage, as well as purchase the lifts and other equipment he needed to be independent. He now works longer hours for himself than before at the dealership, but he followed through with his vision of owning his own business successfully because of his decision to refinance! A client of ours, for whom we did a cash out refinance four months ago, took $120,000 in cash out of his house. He felt that the equity in his home was not working hard enough for him and decided to turn it around by investing. He immediately bought a condo for an investment property and as a result, is now cash flowing $350 per month. He kept half of his cash and is actively looking for another investment property to buy. He is seeking to turn his equity into about $700 in monthly cashflow with additional property, made possible by the services we were able to provide. In 2012, a couple came to us seeking to cash out $50,000 to fund in vitro fertilization treatments and other expenses incurred while trying to expand their family. Having no kids of my own then, I thought they were nuts! I have been blessed not to be in a similar position, but now that I have two children myself, I understand why this was such an important step for them. They have expanded to a happy, healthy family with three children (including a set of twins.) I have been able to stay in touch with them through social media and their decision to refinance is one they would not go back on. They put their equity to work for something that not only helped their future, but assisted with their goals of having a loving family of their very own. In the last 12 months, we have noticed what has become an exponentially growing trend. Many of my clients have sought to purchase a new home by using their equity, keeping their home, while converting it into a rental property as a means of providing future retirement income. This works by pulling the cash out of their current house, then using that as a down payment toward their next purchase. There is only one move here, which eliminates stress about selling their house and trying to buy a new one simultaneously. They utitlize the existing equity to work for the purpose of providing for themselves looking toward the future.. Owning your own home is not just a fundamental aspect of the American Dream. For many American households, the equity in their homes represents as much as 67 percent of their total net worth. For generations, the power of home ownership has created a solid financial base for millions of families, and a little knowledge offers the potential for even more financial independence. We can assist you with the knowledge and expertise to help you not only envision a possible dream, but live it by ensuring money doesn’t stand between you and your lofty goals. You work hard for your money, and we are here to treat you right!
By adminRefinancingcash out, equity, investing, loan, mortgage, rates, refinancingComments Off
Read more...