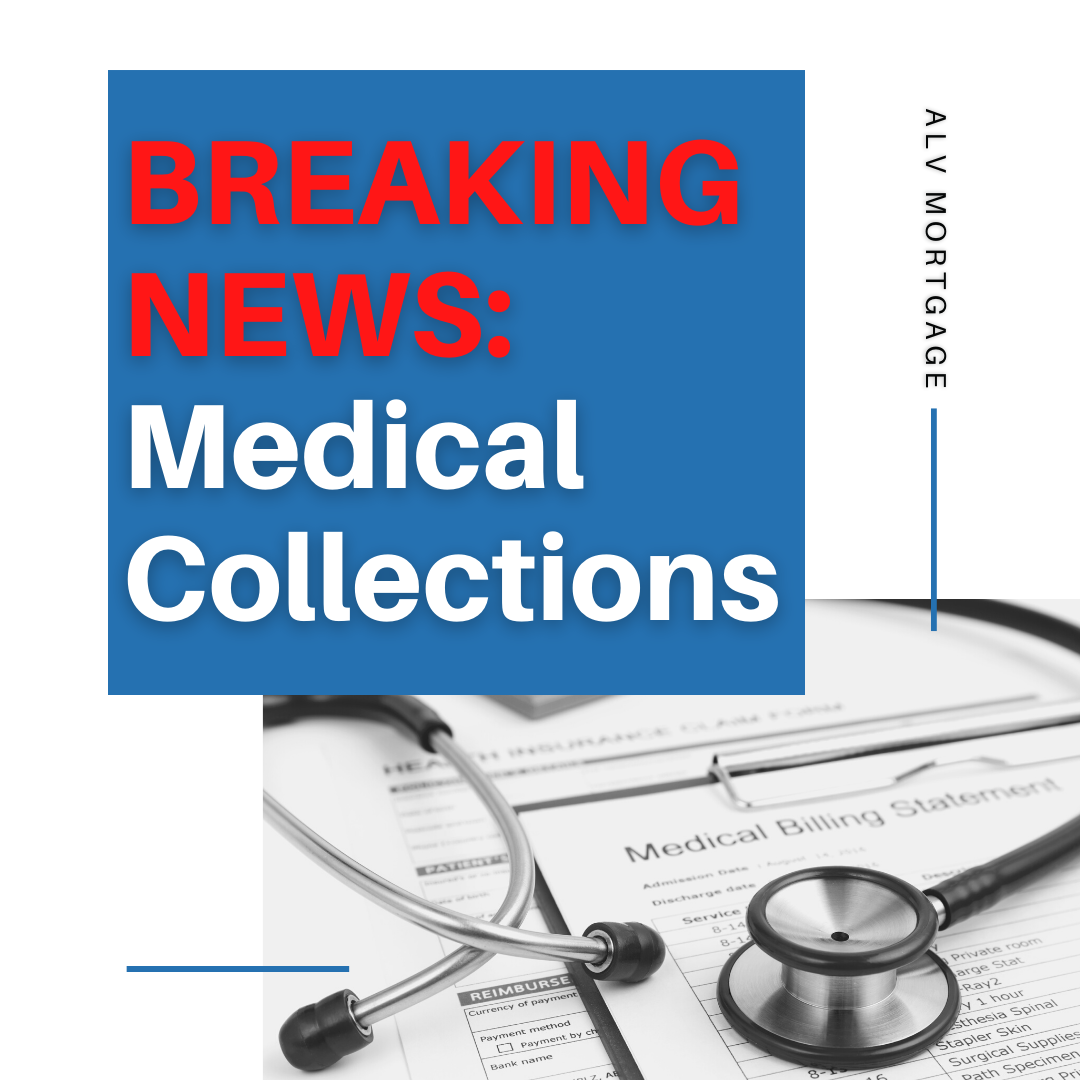 admin2022-04-28T20:46:03+00:00
The three nationwide credit reporting agencies - Equifax, Experian, and TransUnion announced some MAJOR changes on how and when medical collections can be reported. Starting July 1st of this year, all paid medical collection debt will no longer be included on credit reports. This is a HUGE victory! Paid collections continually linger and negatively impact a credit report long after it’s been paid and resolved. In addition, the credit bureaus are expanding the waiting period from 6 months to 1 year before an unpaid medical collection can be placed on a credit report. This means you will have more time to work with your insurance company or healthcare providers to find a solution before it is reported on your credit report. Also beginning in 2023, the credit bureaus will no longer include medical collection debt under $500 on credit reports. I talk to so many customers with minor medical debt that can’t qualify for a loan due to the minor medical debt affecting their credit scores. These joint measures will remove nearly 70% of medical collection debt from credit reports. This change will help so many people, especially those looking to buy real estate. Starting July 1st those who are stuck renting because of unforeseen medical debt that is beyond someone’s ability to control will now be in a much better position to purchase a home. If you’ve experienced this or you know anyone who has been through a tough time medically and haven’t been able to purchase a home because of it, please introduce us.
By adminBreaking News, Credit Scorescredit bureaus, credit repair, Equifax, Experian, medical collections, TransUnionComments Off
Read more...

The Fair Isaac Corp., better known as FICO, is the most widely recognized and used credit score in the nation. They have recently adjusted their metrics in a way that helps borrowers qualify for loans much easier than in the past, since the recession. This action should help Salt Lake City Realtors sell more property, as mortgage money will be more available and more buyers will qualify. The Primary FICO Changes FICO carefully protects its algorithms and formulas to thwart people from "beating the system." However, the major changes announced recently are more straightforward and clear than the consistent "tweaking" that FICO typically makes in its calculation formula. The significant changes center on two issues that have been debated for eons, it seems. For decades, consumer supporters and experts have argued these points with anyone or entity that would listen. They have maintained that penalizing consumers for unpaid medical bills of a few hundred dollars, often just the patients' health insurance deductibles, the same as having a delinquent $40,000 auto loan or a six figure home mortgage loan, was unfair. Similarly, penalizing borrowers settling their debts, whether in full or for less than the full outstanding balance, was equally unfair and excessive. It appears that lenders and the CFPB agreed with this position. FICO either will no longer penalize consumers, in the event of paid collection debts, or greatly reduce score penalties on the over 64 million Americans that have one or more medical collection accounts on their credit report, or the over 100 million consumers that have a collection account on their report, if the collection has been paid or settled. These enhancements help lenders because they result in greater precision. At the same time, the median FICO Score for consumers whose only major derogatory references are unpaid medical debts is expected to increase by 25 points. This is good news for people trying to get a loan. They will either receive better interest rates or now they will qualify when they didn't qualify before. Effect of FICO Changes These changes should elevate the credit scores of millions of prospective borrowers, allowing them to qualify for loans and mortgages previously unavailable since the recession. You won't be surprised that critics of the new features are exercising their dissension. At least one critic chacterized these changes as something like a "sharp knife--if you don't know how to use it, you can cut yourself." Most critics fear that more consumers, inexperienced or uneducated in managing debt, will only dig deeper holes in their debt profile, making them less able to handle credit. However, most consumers will sleep more soundly knowing that, even if their credit reports formerly had some warts, they may now qualify for financing for autos, homes and other financing. The minimization of settled collection accounts, which formerly negatively counted as much as home foreclosures, from credit score calculations will help many borrowers meet lender qualifications. Supporters of these changes foresee no significant increase in risk for lenders using the changes wisely and liberally. It appears they are correct, as the elimination of medical collections and the penalty minimization of paid collection accounts should not increase the repayment risk to unacceptable levels. Lenders and Consumer Financial Protection Bureau (CFPB) The FICO change culminates months of discussion and debate between some top lenders and the CFPB. Their joint goal was to fuel more lending without increasing lender credit risk. During and after the recent recession, most lenders have made loans only to the best quality borrowers having blemish-free credit reports. Consumer lending, including home mortgages, has suffered greatly. Many borrowers, previously shut out by lenders, may now qualify for the loans they want. Instead of facing rejection or, at best, higher than market interest rates, these borrowers may now receive approvals because of the agreement between lenders and the CFPB. These changes should enhance all banks' ability to make loans to previously unqualified borrowers since credit standards were severely tightened during and after the recession. The key FICO changes in their score calculations should ensure that millions of borrowers will now qualify for bank loans, without forcing the lenders to dramatically loosen their credit standards. sources: http://online.wsj.com/articles/fico-recalibrates-its-credit-scores-1407443549?mod=_newsreel_4 http://www.myfico.com/products/ficoone/
By adminCredit Scores, Mortgage Ratesfico changes, medical collections, paid collections0 Comments
Read more...