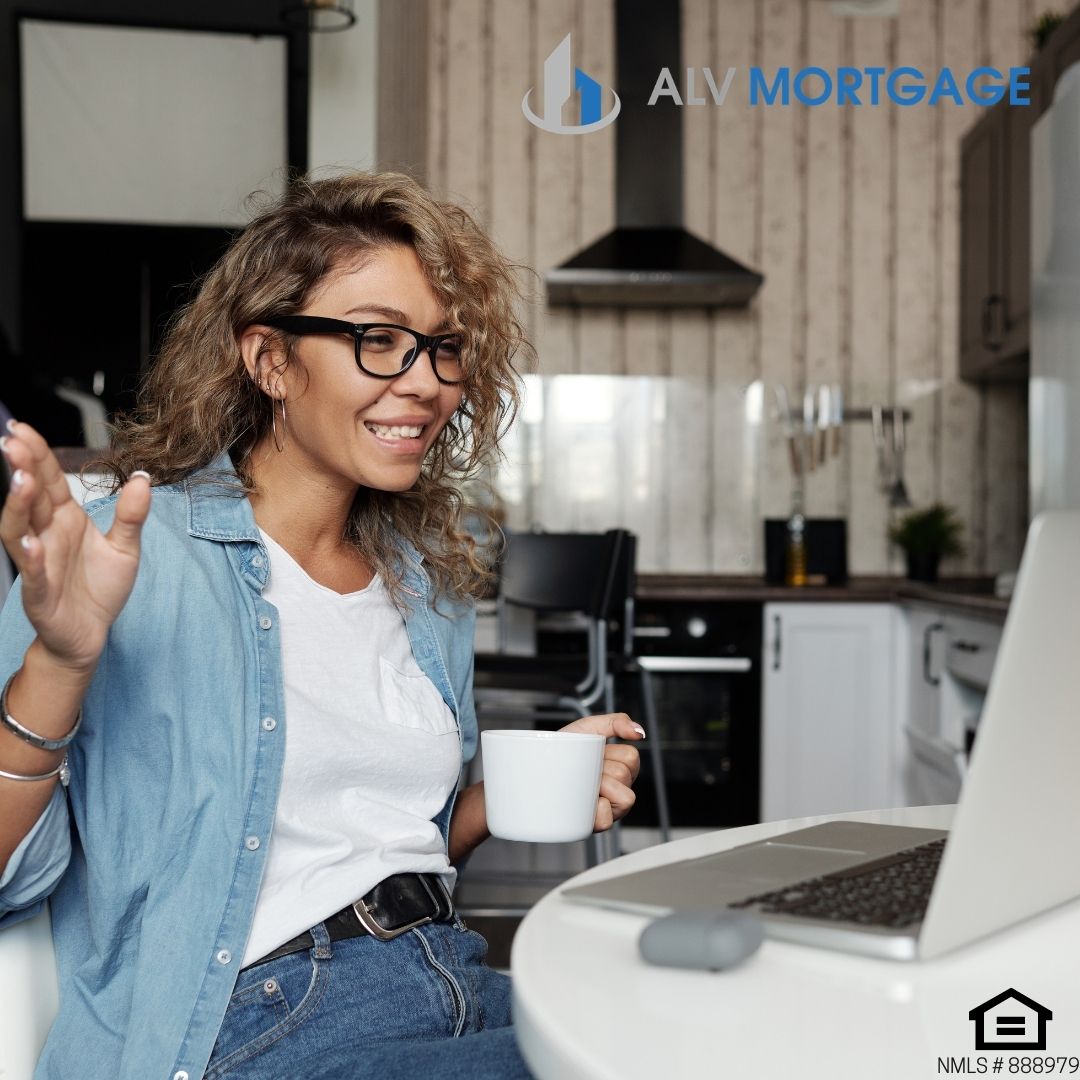 admin2020-10-05T18:04:48+00:00
Interest rates have been at historically low levels this year due to the COVID19 pandemic. Many people have taken advantage of these great rates by purchasing a bigger or more expensive home with the same or more affordable payment. And even more people have taken advantage by refinancing their loan into a great low rate. However, even with rates at extremely low levels there are still many people wondering if it's a good idea to wait and see if rates get better before purchasing a home or refinancing. One thing that is not often considered when it comes to playing the waiting game with interest rates is the amount of money you could be saving while you wait for interest rates to lower.  Even if rates do improve in the future, the money that could be saved during the waiting period may be significant. A few hundred dollars saved per month could add up to potentially thousands before a lower rate opportunity arises. The forecasted appreciation is 2.0% in just the next  months. This means a home worth $350,000 today would be worth $7,000 more in 6 months. If you are playing the waiting game you are missing out on the potential appreciation and ammonization of your home. It could take many, many years to recoup the money you have lost. While it is true that we don’t know if rates are going to go lower, we do know that they will eventually go higher. Why risk the chance of missing out on a great low rate and savings each month?  It could take a long time for the savings of a lower rate in the future to make up for all the money that was lost by waiting for interest rates to lower again.  And remember, there's no guarantee that rates will go lower. Besides should rates drop significantly, we can always refinance you in the future. It's important to weigh the individual options for your situation and I'm here to help you do that. If you have any questions on a home purchase or refinance give me a call, 801.206.4343. I would love to answer any questions you have and discuss the best option for your specific situation.
By adminUncategorizedammonization, appreciation, interest rates, mortgage, real estate, Utah Housing, utah housing market0 Comments
Read more...

admin2020-09-17T15:23:48+00:00
On August 12th Fannie Mae and Freddie Mac made an announcement for a new adverse market refinance fee set to go into effect for loans delivered after September 1st. The fee is “supposed to” help supplement the projected losses both Fannie Mae and Freddie Mac are anticipating experiencing this year due to the current economic uncertainty from COVID19. The fee would be a 0.5% hit to pricing of the loan amount that will be applied to all refinances. This is the equivalent to a $2,000 increase in closing costs on a $400,000 loan, or an interest rate increase of approximately 0.125% to 0.25%. Those of us in the mortgage industry were surprised and upset to find this hit was added over night and affected a lot of loans already in process in August. Rates that we had already locked were now going to have a 0.5% hit. As a company we decided to not pass this along to our clients and were going to bear the cost with no additional charges to those already in process. The mortgage industry was in an uproar over the surprising announcement and decided to call on the Federal Housing Finance Agency (FHFA) to reverse the decision. Our lobbying efforts were partially successful. The FHFA announced that they advised Fannie Mae and Freddie Mac to postpone the refinance tax going into effect until December 1st. The delay was to give sufficient notice of the new fee to lenders and borrowers. Both enterprises agreed to postpone in order to not impact loans right away. My personal opinion is that this was an orchestrated move. If they would have announced that this fee would start in December everybody would be upset. But if they announce it starts in September, then postpone it until December, everybody is happy about it. Refinances make up 2/3 of all mortgage transactions so this fee is a huge win for Fannie and Freddie because it will mean an enormous amount of money back in their pockets. Not only is this new fee a conspiracy for more money, it also could not have come at a worse time as we are in the middle of a pandemic and trying to come out of recession. With the new fee set to hit refinances delivered after December 1st. Keep in mind that this fee is based on the delivery date to Fannie Mae. Loans that close in the 2nd half of November will be delivered in December. We will begin to see it affect refinance transactions that start in October. I highly recommend locking in your refinance in September or first part of October before lenders add back this 0.5% fee to the rate sheets. For those of you waiting for a rate drop it’s a true that we don’t know if rates are going to go lower, but it is a fact that when this fee is added back in refinance rates will go higher by about 0.125% to 0.25%. When you combine this hit with the risk that the election could cause interest rates to go higher I believe it is best to jump on this opportunity now before you have to incur the new fee on top of a potentially higher interest rate. If you have been thinking about refinancing now is the time! Give ALV Mortgage a call today and let’s get started on running the numbers for your loan so we can lock in your interest rate before the fee goes into effect this fall.
By adminUncategorizedfanny mae, freddy mac, mortgage, real estate, refinance fee0 Comments
Read more... 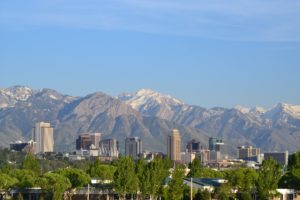 In March, researchers at the Kem C. Gardner Policy Institute found that our current market conditions are threatening to cause a crisis in Utah based on a growing housing shortage, while current home prices continue to appreciate. The Wasatch front housing market is stronger than ever with an increasing demand for both single family and multifamily rental units through the northern part of the state. New research shows that demand has outpaced wage growth which is causing a greater rift in affordability. Studies show that median home prices during the first three months of 2018 were not affordable for average wage earners in about 68% of the counties included in the US report. Incomes in Utah have failed to keep pace with interest rates, the report noted. The report also defined housing affordability as a unit where an owner or tenant pays no more than 30 percent of their household income toward housing costs — rent or mortgage. Davis, Utah and Weber counties, which are located along the Wasatch front rated less affordable than any prior quarter average during the first three months of 2018, while Salt Lake county was equal to its historic affordability index. Affordability often suffers during booming economic cycles, which frequently outpaces incomes for at least the start of these growth spurts. The risk is that individuals and companies could pull out of the area when they are no longer able to operate or live because of the expensive housing. Home values are going up quickly [but] the negative side of that is that the homes themselves are also becoming less affordable. Three factors that could help improve affordability in the short term are things like decreasing home prices, increasing wages and although cited as the least likely to happen, decreasing interest rates. However, the Wasatch front is still a more reasonable market than other large surrounding urban areas like Northern or Southern California, Las Vegas, Seattle or even Denver. Housing prices in Utah will continue to increase at rates well above the national average due to relatively high rates of population and economic growth. As long as the state is considered a bargain for some other competitive markets, we will probably see home prices continuing to grow and affordability continuing to be an issue.
By adminReal Estateaffordable homes, cost of living, home values, housing market, housing shortage, real estate, salt lake city, Utah Housing, wasatch frontComments Off
Read more...

“The Struggle is Real…” Estate

admin2018-03-22T16:37:03+00:00
For homes priced under $400,000, almost every property put up is going into a multiple offer situation. Home buyers are getting frustrated and feel like ripping out their hair when they finally find their perfect house, only to have some “punk” outbid them by $400. The reason being is the lack of listings to satisfy the high property demand. Too many buyers want to take advantage of today’s low rates before they inevitably change. Buyers are snatching up homes faster than agents can list them on MLS. There are also not enough owners wanting to sell, perhaps waiting for values to continue appreciating. Many people are simply staying put, remodeling what they already have, perhaps due to lower rates from years ago. Others are converting their current homes into rental properties. In addition, builders are not able to keep up with the high demand to build new homes, as dwindling options give rise to a need for greater diversity. Millennials are finally coming of age, buying homes unprecedentedly. Good paying jobs in Utah’s booming tech industry afford them the opportunity to be able to move into a starter home with a greater success rate than previously experienced. According to the Salt Lake Tribune, Utah has the nation’s third highest growth rate in the country. They cite the reasoning being a continuation of high birth-rate and big-family culture, which many millennials in Utah are compelled to maintain. In fact, Utah has been in the top 10 for its growth rate every year so far this decade. As the number of new families continues to grow, the demand for property will sustain, putting increasing pressure on an already pressurized market. The top 7 things you can do to get YOUR offer accepted: Having your documents in order for the lender, along with a specific, strong pre-approval letter goes a long way in getting an offer accepted. It lets the seller know that you are not flighty and are qualified to purchase the house in the first place. Escalation clauses tell a seller that you will pay x amount (i.e. $2,000) over any other offer in order to ensure that the offer closes on your bid over another’s. Many of our buyers are writing letters directly to the seller, saying how much they love the home and the neighborhood to help persuade the seller to choose their offer. The biggest help we have seen is not needing the seller to pay closing costs. One challenge with multiple offers is the property gets bid higher than what is actually worth. If the seller has to lower the purchase price to meet the appraised value, not needing the seller to pay closing costs is a huge help to seller to net the highest amount. Don’t lose your hair (or potential home) over the struggle of the current market! Our firm grasp on the buying process will give you peace of mind without losing pieces of your hair. But, let’s be honest; we all know you wear extensions anyway... ;)
By adminReal Estateclosing, homeowners, millennial, property, real estate, starter homeComments Off
Read more...